Presenting Discovering the Lost Ark of Possibilities: Bringing Visibility to the Invisible Art Form of Film Music in Your Music Classroom at the “NAfME is ME!” 2022 NAfME National Conference in National Harbor, Maryland. Reprinted with permission from Music in a Minuet, the official blog of NAfME.

I remember the first time I experienced Luke Skywalker standing and looking out at the binary sunset of Tatooine in Star Wars—Episode IV: A New Hope (1977). After Uncle Owen refuses to let Luke join his friends at the Rebel flight academy, Luke gazes out at the sunset outside on an isolated dune backdrop at dusk wondering how he will ever manage to leave the moisture farm and set his sights on becoming a great fighter pilot. Luke is greeted by the sunset with a French horn solo of what would be considered one of the greatest music cues in film music history—“The Force Theme.” As a misty-eyed Luke keeps looking to the sunset for answers, the horn and the rest of the desert sky become enraptured by a full orchestra reprising “The Force Theme” to a climatic finish.

It was this moment that I sat there in awe of Luke Skywalker, trying to empathize with his situation as the hair on the back of my neck began to rise. What was it about this scene that had considerable impact on me physiologically and emotionally? Why did these emotions vary throughout the entire scene? Then, the five-year old boy in me asked, “Wait, where is the music coming from?” From this point on, every decision I’ve made related to music can be traced back to these questions I had about how music was functioning in this single scene.

Film music has often been referred to as an invisible art form (Jelinek, 1968). We don’t see the actual musicians generating the music the same way we witness performers on a concert stage. This invisible music serves a different purpose—compared to visible music—in that the music should be unheard while remaining subservient to the visual image along with the audible dialog (Gorbman, 1987). In examining our traditional music education setting, we probably notice that students are consistently learning visible music as members in a band, choir, or orchestra, or studying great masterworks of yesterday or today’s big hit in an effort to prepare our ears to aesthetically appreciate live concert performances. However, we may question, if a larger percentage of invisible music is being consumed through multimedia among today’s youth, why are we not fusing some of this highly consumed invisible music into an already dominated visible music curriculum (Tagg, 2012)? Couldn’t closer examination of a film’s music provide the listener/viewer with a deeper understanding and appreciation for what the music is trying to accomplish and why it may be impacting the viewer in certain ways?

Why the Study of Film Music?

As music education continues to strive for engaging music learning experiences for all grades K–12 children, the study of film music should be considered a contributing factor in meeting this need as a way of facilitating innovative and diverse student engagement opportunities in music. Consumption of moving image media (e.g., film, virtual reality, gaming, television) has been elevated over the years by youth in the United States. A survey that examined media consumption among kids 8–18 years of age found that young individuals consumed just over six hours of multimedia on average per day (Rideout, Fohr, & Roberts, 2010). Therefore, could it be possible for the relevant study of film music to initiate a rigorous approach of learning from students?

Secondly, a large portion of multimedia music—in particular film music—relates similarly to the Western instrumental music that is taught in a conventional music education. Although we want to be careful in legitimizing film music’s study based on its relationship to “classical” music, film music can be an extension of the type of music used to teach children various music concepts, skills, and attitudes. In addition, motion picture can offer additional opportunities for exposure in a variety of other music genres (e.g. South African anti-apartheid songs in Invictus, 2009; Middle-Eastern instrumental music in The Kite Runner, 2007; ragtime and big-band swing in Leatherheads, 2008; Native American Sioux vocal music from A Man Called Horse, 1970; dubstep and hip-hop in Fast Five, 2011; bluegrass, gospel, and southern folks songs in O Brother, Where Art Thou?, 2000; traditional Chinese percussion in Hero, 2002). Even more, as our society continues to emerge as a media driven center for communication, the study of film and multimedia music could “plant the seed” for today’s youth in pursuing entrepreneurial and career opportunities in the field of media as they progress through their education.

So, where does a music teacher begin if they want to integrate film music learning in a curriculum? There can be three main goals when using film music as a subject or platform for educating students:

There are many forms of musicking that can emerge through the study of film music. Although the most obvious example that we can think of is to compose music for a film scene using a computer, notation software, and a digital audio workstation (DAW) music software program. However, this alone needs resources and training in order to provide students with a meaningful learning experience. If you have the opportunity to have students compose music for film, go ahead and do it—it’s a blast! There is nothing more rewarding for a student when they are putting the final touches to a project by balancing the music levels (that they composed) with the rest of the soundtrack (e.g., dialog, soundtrack). However, there are many other learning experiences that can occur in a general music or ensemble setting that can have tremendous opportunities for student-center learning. We will try out many of these “hands-on” activities and examine the potential they have for students to better understand music’s role with the motion picture’s visual and other components of the soundtrack, while instilling an appreciation for the theoretical, historical, compositional, and psychological attributes that film music can offer educational institutions.

So grab your bullwhip, brown hat and leather jacket (cue the “Raiders March”), and join us this November at the NAfME National Conference as we explore and share many learning activities stemming from film music pedagogy. I hope that the outcome from this session will provide you the tools to take the “invisible” out of this art form and make it “visible” in your classrooms, schools, and communities.

NAfME member Daniel J. Keown serves as Associate Professor of Vocal Music Education in the Dana School of Music at Youngstown State University where he teaches undergraduate music education, theory, and technology courses. Keown holds degrees in recording technology from the University of Wisconsin-Oshkosh and choral conducting from Indiana State University. Prior to earning a Ph.D. in music education from the Conservatory of Music and Dance at the University of Missouri-Kansas City, Keown spent six years as a music educator with the Chicago Children’s Choir in the Chicago Public Schools. His research and creative interests include the psychology of music in multimedia, film music and sound effects design, electronic music and synthesis production, interdisciplinary approaches in technology-based music instruction, and music education. Keown regularly presents his research at state, regional, and national conferences and has most recently published research in the Psychology of Music, Psychomusicology: Music, Mind, and Brain, Journal of Music Teacher Education, Music Educators Journal, Frontiers of Medicine, and Missouri Journal of Research in Music Education. 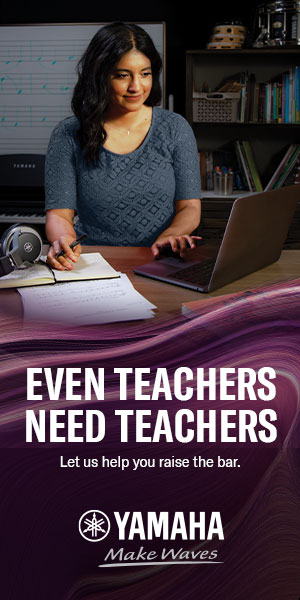