Performing music that will commemorate loss and offer renewed hope, the KU Symphony Orchestra, led by conductor Carolyn Watson, will give a free concert at the Kauffman Center for the Performing Arts at 7 p.m., Sunday, Nov. 11, which is the 100th Anniversary of Armistice Day, an event that marked the end of World War I.

The concert “A Centenary of Conflict” will begin with Aaron Copland’s “Fanfare for the Common Man,” followed by Samuel Barber’s “Adagio for Strings” and Maurice Ravel’s “Le Tombeau de Couperin,” a four-movement piece with each movement dedicated to a friend who died in World War I. Concluding the concert will be Dmitri Shostakovich’s Symphony No. 12, “The Year of 1917.”

“To perform on the anniversary of such an auspicious occasion mandates a fitting program,” Watson said. “The works selected represented a broad spectrum of musical styles and genres, at the same time having direct connections to World War I and/or associations with conflict over the past century.”

The concert will be Watson’s Kansas City debut. This fall, Watson was named the KU School of Music’s director of orchestral activities and conductor of the KU Symphony Orchestra. Prior to coming to KU, Watson was director of orchestral studies at Texas State University and music director of the Interlochen Arts Academy Orchestra. Other accomplishments include being a major prizewinner of the 2012 Emmerich Kálmán International Conducting Competition in Budapest, Hungary and a fellow of the American Academy of Conducting at the Aspen Music Festival. She has conducted orchestras throughout the U.S., Europe and Australia, and was one of six conductors to be selected for the elite Dallas Opera Institute for Women Conductors in 2017.

The concert is made possible through the generous support of Reach Out Kansas, Inc., the Law Offices of Smithyman & Zakoura and the Zakoura Family Foundation. 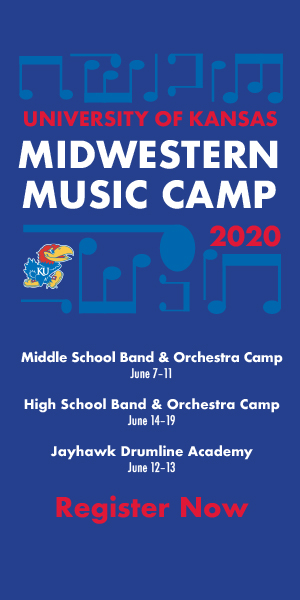